Royal class for the feet

Classicistic ornaments on sandals – that harmonizes perfectly. Just like the more than 250-year-old tradition of the houses BIRKENSTOCK and KPM. Both KPM and BIRKENSTOCK embody timeless aesthetics, German manufacturing quality and material competence. Out of this shared passion, the idea for a top-class product matured. The result is a shoe which is in no way inferior to its usual comfort, but which gains a new level of exclusivity and aesthetics through the use of fine white porcelain and the transfer of the iconic Kurland relief.

As one of the oldest manufactories in Europe, KPM has stood for the most filigree porcelain for over 250 years, which is still manufactured by hand in meticulous detail on the historic premises of the Berlin manufactory. With its high standards of innovation, KPM always strives to demonstrate its craftsmanship and exceptional design standards with new developments and designs, such as the applications for the BIRKENSTOCK x KPM collection. Functionality, a focus on people and, last but not least, outstanding quality have been the hallmarks of the traditional Birkenstock company since its foundation in 1774. Birkenstock began to use the term "footbed" as early as the 1930s and shaped its content as it is familiar to consumers all over the world today - as the epitome of outstanding walking and standing comfort.

It all began with a dinner when Bernd Lietke first entered into dialogue with Yvonne Piu, Chief Marketing Director BIRKENSTOCK, about two years ago. At the invitation of Bernd Lietke, Piu visited the traditional KPM court festival in Berlin in 2017 with the ambitious goal of making the impossible possible. Together with Thomas Wenzel, chief designer of KPM, both competences defined just that challenge. The result is a shoe which is in no way inferior to its usual comfort, but which gains a new level of exclusivity and aesthetics through the use of fine white porcelain and the transfer of the typical KPM Kurland border. The Limited Edition BIRKENSTOCK x KPM collection combines the products of both companies and consists of two models in two versions each, which are equally inspired by the legendary KURLAND ROYAL NOIR.

From 22 May to 9 June 2018 Birkenstock and KPM will present themselves exclusively at the KaDeWe on Kurfürstendamm and show their joint masterpiece on a pop-up area on the ground and third floors. Christiane Arp, editor-in-chief of the German VOGUE, has curated complete looks especially for this event, which can also be admired.

We cordially invite you to have a look at the collection during the exhibition period!

Homage to the colour black

25 manual work steps are required to create a piece of KURLAND Royal Noir in perfect form. Among other things, the relief is exposed with a fine bristle brush after the raw porcelain has been dipped by hand into a glaze bath. 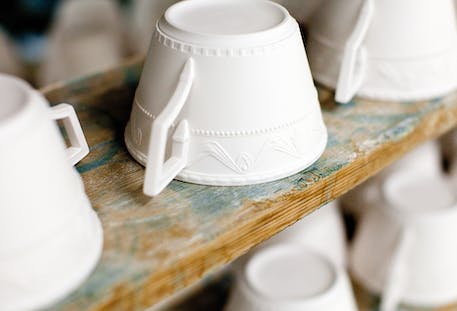 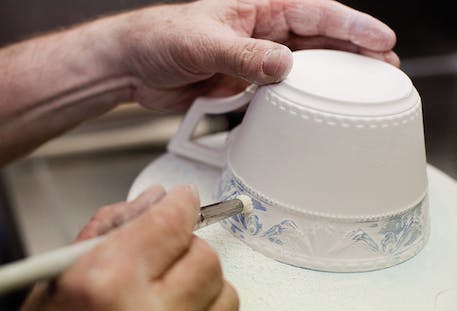 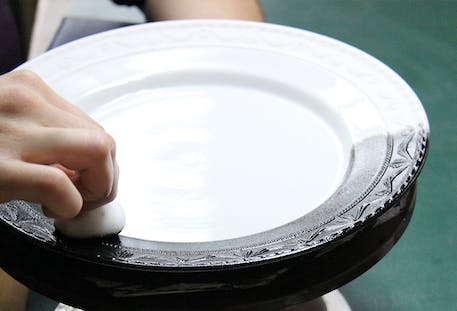 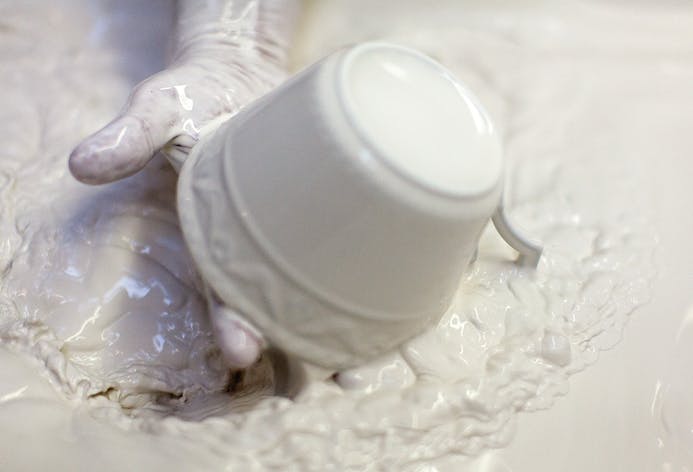 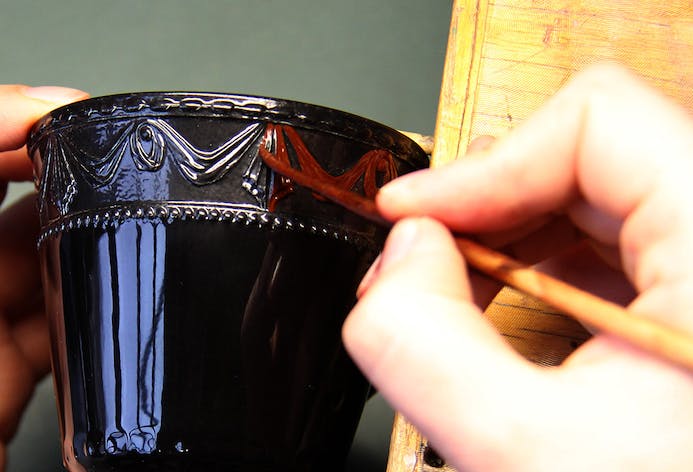 The contrast between the matt biscuit porcelain and the high-gloss glaze, which characterises the product, is visibly and noticeably evident as a result of the smooth firing. The master painters at KPM now apply the deep black fond over the entire surface by hand. The reliefs then receive their rich staffage of 24-carat gold. One last firing and the polishing of all gildings completes the KURLAND Royal Noir.

Go to the collection
Our promise